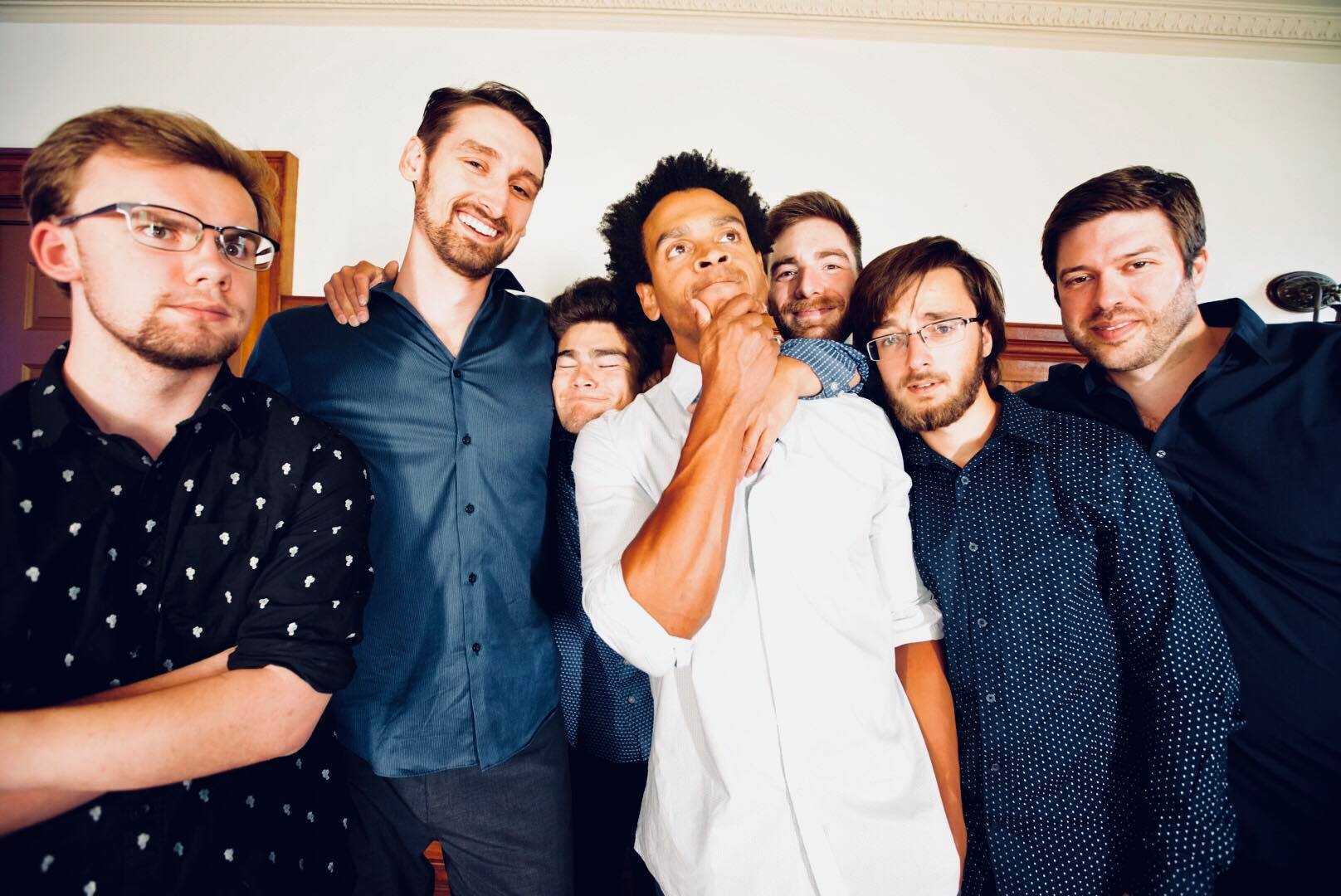 1. The Harpoonist & The Axe Murderer

The Harpoonist & The Axe Murderer are as gritty and raw as their name leads you to believe. The duo of Shawn “The Harpoonist” and Matthew “The Axe Murderer” Rogers make the kind of blues that makes your face twist up and your drink disappear quicker, and are NOT to be missed.

Jérémie & the Delicious Hounds have quickly become a Franco-Manitoban classic. They rally around their pack leader, Jérémie Brémault, to pursue one very serious mission – to keep you dancing all night with their bilingual tunes.

This is possibly one of the funniest, most clever music videos we’ve seen in a long time. I meme, come on. Kalle Mattson, a Polaris Prize nominated folk singer has come to a very important realization. “Folk is dead,” he says. And his music proves that moving in a different direction is where he needs to be – this stuff is pop gold.

Watching Roman Clarke, you can’t help but look over to your friend in stock in amazement when he’s both playing drums and singing like some long-haired soul angel. You might have seen him play in his previous band, The Middle Coast, but you absolutely have to see him solo. We mean it.

You need to watch this video. Seriously. Stop scrolling and check it out. This is going to be the show where you and your friends vibe out so hard that your legs hurt the next day.

Anomalie is the live, electronic project of Nicolas Dupuis, a classically trained and highly versatile keyboardist and producer based in Montreal, QC.

Your local dream-pop darlings, Living Hour, are bring their sprawling and expansive tunes to the Bell MTS Rivière-Rouge Bell MTS. They’ve got a new record, Softer Faces, coming out just after Festival du Voyageur, on March 1, 2019, so you’re going to want to be hear all their new tunes.

Part singer-songwriter, part folk-rock band, you can find Reina del Cid at the intersection of lyrical storytelling and scorching solos. Their music has been featured by heavy-hitter publications such as Paste Magazine, NPR, and Baeble Music, so you can trust them us and when we tell you they’re awesome.

La Bronze is a francophone artists, but this video is special. She performs the song, “Formidable” by Stromae in Arab. She wanted to sing it in Arab to pay homage to her ancestral language, and it turned out absolutely stunning.

It proves that no matter what language you’re consuming music in – French, English, Arab – the feeling and message still resonate.

Formerly ZULUZULUU, Astralblak is armed with various synths, drum machines, and instruments set out to bring a new, exploratory modern sound influenced by the greats of funk, soul, and jazz with electronic excursions, hard grooves, Afro-futurism and soulful melodies.

They’re loud, and they’re proud, and you should be too. Alaclair Ensemble is a hip hop group from Québec whose personalities are just as cool as their music. No matter if you speak French or English, their Frenglish lines will definitely speak to you.

They’re local hip hop legends, and if you don’t know them, you’re about to. After spending the later part of 2018 touring Europe, they’ll be lighting up the Bell MTS Rivière-Rouge Tent for what is promised to be one heck of a party.

We love 3PEAT just as much as we love the chicken and waffles featured at the top of this video – A LOT. The Winnipeg-based trio’s chemistry and high energy on stage brings back a nostalgia of 90’s rap mixed with a rawness that is uniquely Canadian and arguably even more satisfying than that tasty, tasty breakfast.

There are more bands to come! We will be releasing a new set of bands every week, so make sure you download the app to be amongst the first to discover new bands playing the 50th edition of Festival du Voyageur.